So we have all heard the news, Topps is king.  I don’t know if this is a good thing, a bad thing, or just a thing.  Honestly, I’m glad we are stuck with Topps instead of just UD.  In my opinion Upper Deck has done this to themselves and they only have themselves to blame.  Anyone who knows anything about the behind the scenes of the hobby knows UD hasn’t been the most honest company in the biz.  I walked away from the hobby in the early ’90’s partly due to UD.  They were the reason pack prices skyrocketed and the hobby turned strictly into a business.  I couldn’t afford to be a casual collector anymore nor did I want to.  If you wanted to pull anything worth pulling you had to buy the more expensive UD, Stadium Club, or Ultra.  Regular plain old cards were just not worth collecting and the more expensive brands were out of my reach.  From what I can tell from a lot of my bloggers, this happened to many of us.  Fast forward twenty years and now that I have the money to spend, I can’t find anything worth spending it on but vintage.  Even with the current competition the innovation of the hobby has become stale.  If Topps really wants us to continue to buy their cards, they better come strong with some new ideas in 2010.   Here is what I would like to see in 2010.

#1    Wax packs! If you want kids to flock to baseball cards like they once did, sell them like you once did. I remember mowing a lawn for $10 and being able to buy an ass load of packs at the nearest gas station and still had enough money left over for an Orange Faygo and some Corn Nuts.  Why not produce a throwback set that has a new design with current players.  I’m talking no gloss, no foil, and wrapped in actual wax.  Tuck in a few low priced autographs of solid players.  Just enough so it won’t jack up the price.  Include some chrome parallels to entice the kiddies.  That’s it.  Simple.  Make a good looking design with just enough bells and whistles that it won’t jack up the price of production.  They need to get the price of these packs at or around a dollar and sell them everywhere they can possibly sell them. 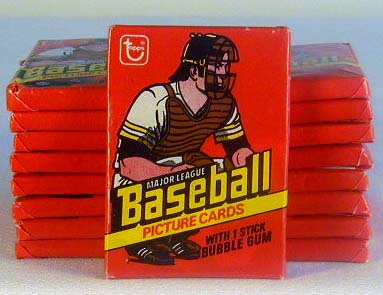 #2 Get old collectors back! From what I can tell, there are a mass of people returning to collecting that left in the early to mid ’90’s.  These people generally are in their late 20’s or early 30’s.  Many are fathers of young children.  If you want to hook the kids,  hook the parents too.  What I would like to see is a set aimed at us who collected heavy during the junk wax era.  What I would like to see instead of these sets based on 40 and 100 year old designs is something maybe 20 years old.  Maybe not a whole set but a subset of chrome versions of the big pulls of the ’80s.  I for one would love to buy a pack and have a chance of pulling a chrome autographed Boggs or Gwynn rookie card.  How great would that look next to the original card.  If enough collectors from yester year would catch a glimpse of those cards, I think many of them might take a chance on a pack or two and then turn into a full blown collector again.  It worked on me. 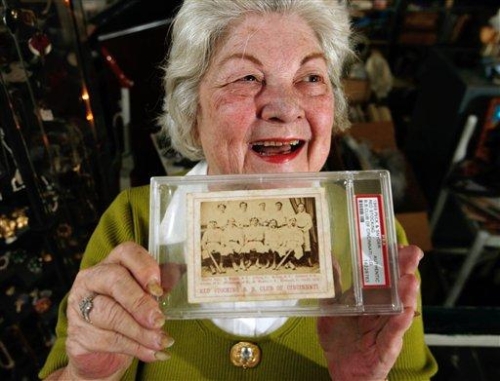 #3 Something new! I have been buying wax for the last couple of years now and I haven’t seen one single innovation introduced.  Yeah we have Topps Town with 3D cards and stuff like that but what are we supposed to do with that after the initial cool factor wears off.  Dazzle me, I dare ya.

#4    No lazy photography! I do not want to see the same photo twice in 2010.  There is no excuse for it.  I seen a 40 gb SD card in production, load that shit up.  In a time when you can take a picture, and seconds later, decide if you want to keep it or delete without costing a dime, there is no reason why a photo should be used more than once.  A professional photographer should be able to get more than one keeper per player per game.  If you are running low on photographers, set up a system where fans can submit a photo and have the chance of getting it  used on a card.  If I buy a pack of stadium club, I do not want to see a photo from Series 1 with a different border.  It is unacceptable.

#5    Chill with the gimmicks! I have to admit I like a few of the gimmicks, but for the most part they are dumb.  Turn the gimmicks into something that will hold value for more than two weeks.   Instead of upside down Fukudome’s, give me an alternate Chunichi Dragons card of Kosuke.  Instead of cards of fictitious 16 yr old pitchers, give me a card of a 16 yr old Lincecum.  If your going to force gimmicks upon us, and I know you will, step up your game a little. 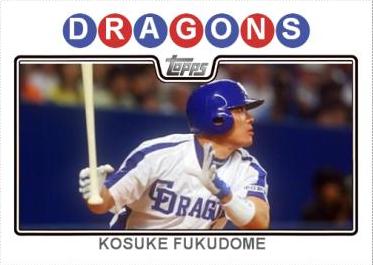 Most importantly, I want to see something I want to buy.  It’s as simple as that.