I got off early tonight due to lack of work.  I spent my evening watching “Wild Hearts Can’t Be Broken” with the kids.  After I put them to bed I browsed the Netflix menu on the 360 and decided to watch “King of Kong, A Fistful Of Quarters“.  It’s the story of Steve Wiebe and his dream of being the best at something and his struggle to succeed.  Seriously, he has missed many accomplishments by just a little bit.  He decided to take on Billy Mitchell’s record on Donkey Kong.  If you don’t know what Donkey Kong is, I can only assume you’re Amish or live in Wisconsin.  He goes through hell to take down Billy Mitchell and after he does, his streak of bad luck continues.  I won’t get into it too deep but in the end he succeeds.  If you haven’t seen the movie I suggest you do.  If you have seen the movie, then you could probably agree that Billy Mitchell was the kid in your neighborhood who took the ball home after you started beating him.  He is truly a whiney pompous bitch of a man.  The only people more despicable than he is, is his little minions he has following and working for him.  Sorry Billy, but the film did you no favors.  As far as Steve goes, he is about the most stand up dude there is and deserves the honor of being the best in the world. 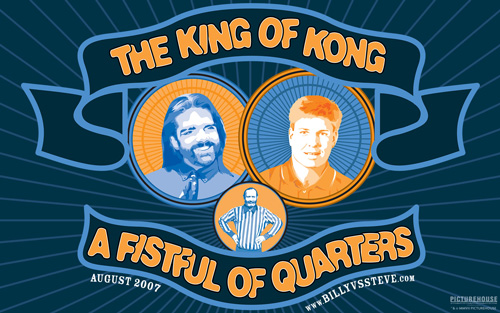 In the middle of the movie I remembered I received a package from Beardy in the mail that I had yet to open.  Sorry Thorzul, this is a kind of trade post with a story.  The top card of the first pile I pulled out was this. 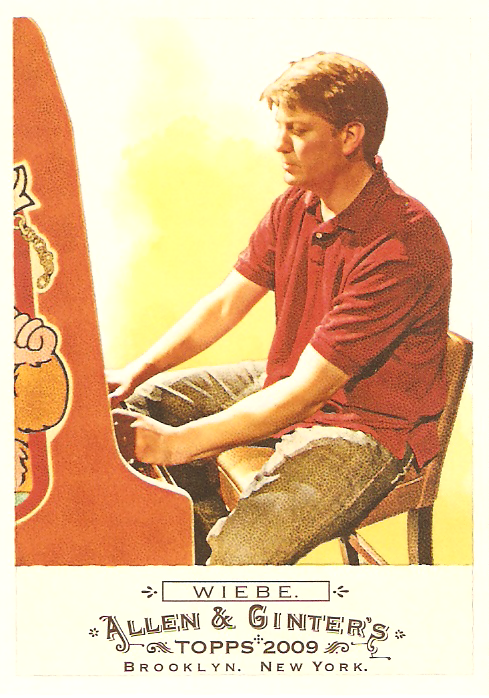 What kind of crazy ass coincidence is that?  Beardy was also nice enough to practically knock out all of my needs for the Ginter set.  He sent along a Carlos Marmol jersey card from the set.  I would have included a scan but I’m following dayf’s footsteps and only posting 1 card per trade post.   I haven’t placed them in the binder yet but I have to be close if not done with the set.

Somebody needs to make a card set of some of these record holders.  There are some real characters in the bunch and their achievements are nothing short of amazing.  This includes the 80 something year old Doris Self.  Who is the 3rd place holder for Q*Bert.  She has since past on and is playing Q*Bert in heaven no doubt.  Then there is this guy.  He is Roy Shildt, AKA Mr. Awsome, the record holder for Missile Command  Click the link, you won’t be sorry. 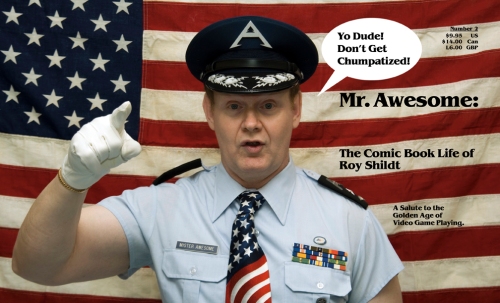 If you want to check out where you match up against the greats you can go to Twin Galaxies and check out thousands of verified high scores.  If you want to see where you match up against me, you can find me on the the 360 with the gamer tag of gritz76 and on the PS3 as gritz-76-.  Send me a friend invite and I’m sure I’ll accept.  Now I got to go chumpatize some 12 year olds on Call of Duty: Modern Warfare 2.